Hoards and Caches in Archaeology 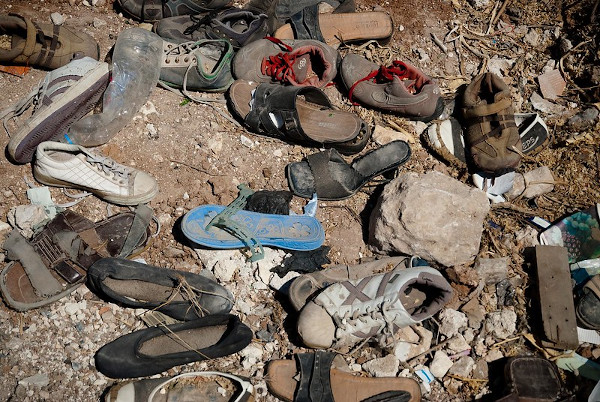 "Hoards" or "caches" refer to collections of objects which were intentionally gathered together and buried underground. Discovered after decades, centuries, or even thousands of years, ancient hoards give us a glimpse into the past that is unlike almost any other kind of archaeological deposit: a purposefully-created collection of related objects found in the exact manner in which they were deposited.

The oldest hoards identified to date are associated with the hunter-gatherers of the Mesolithic period of Europe and the Paleoindian period of the Americas beginning about 10,000 years ago.

In Europe, hoards included perishable items such as foodstuffs and meat joints, and precious items such as Baltic amber beads and human remains. Hoards were often placed into watery areas and sometimes collected in ceramic vessels. Personal ornaments and weapons were also important elements of Mesolithic and later Neolithic hoards. In the Americas, hoards such as the East Wenatchee site and the Fenn Cache mostly contained finished and unfinished stone tools, suggesting they may have been cached by tool makers.

Hoarding for reasons of personal wealth also signaled a change in human behavior, if that is indeed what took place, emphasizing wealth accumulation and social stratification. Caching would have been a necessary part of a mobile hunter-gather living strategy; or as a protection against intruders.

Later hoarding behaviors are apparently more diverse. Mesopotamian votive hoards such as the Asmar Sculpture Hoard (3rd millennium BC), appear to have been religious offerings. In Egypt, mummy caches such as the Cache at Deir el Bahri (circa 1000 BC) were created by New Kingdom priests to protect royal mummies from looting. Hoards of bronze vessels created during the Zhou dynasty of China appear to have resulted from political instability as wealthy Zhou families fled eastward in the 8th century BC.

These categories are not exclusive, and interpretations of hoards vary. "Hoarding behavior" is a pretty much universal human trait, and so archaeologists interested in hoards can be found on every continent.

A Viking silver hoard (or Viking hoard) is a stash of (mostly) silver coins, ingots, personal ornaments, and fragmented metal left in buried deposits throughout the Viking empire between about 800 and 1150 CE. There are hundreds of these stashes which have been found cached in the United Kingdom, Scandinavia, and northern Europe. They are still found today; the most recent was the Harrogate hoard discovered in Yorkshire in July 2007.

Amassed from plunder, trade, and tributes, as well as bride-wealth and fines, the hoards represent a glimpse into the wide-ranging grasp of the Viking economy, and into the minting processes and silver metallurgy of the world at the time. About AD 995 when the Viking king Olaf I converted to Christianity, the hoards also show evidence of the Viking spread of Christianity throughout the region, and their association with trade and urbanization of the European continent.

Selected Sources and a Few Hoards


This article was originally published on About.com in February 2008 as
http://archaeology.about.com/od/hterms/qt/hoards.htm
http://archaeology.about.com/od/vterms/qt/viking_hoards.htm
and was deprecated from ThoughtCo about November 2016. Like other articles recovered from About.com and ThoughtCo, this article has been updated and added here on WasteFlake.