A tale whispered by traders and merchants of gems and precious stones throughout human history reports that the stones are possessed, in the spiritual sense, by djinn, spirits or demons who protect the stones and bring good luck to their owners. That's only part of the story. Djinn (singular djinni) do indeed inhabit turquoise and amber, rubies and emeralds, agates and opals, pearls and obsidian glass, but in fact, the djinn are the owners of the gems, and the owners of the people who claim to own the gems. 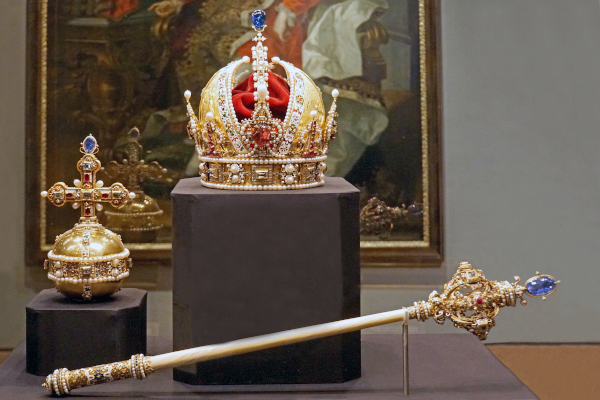 Jewel Djinn On Their Own and With Humans

Most jewel djinn are born under the ground in mineral deposits and in geodes, and there they live quietly in groups, chattering or singing sociably—there isn't a good word for how they communicate—about what the water and salts in the aquifer have told them in their travels through the geologic formations. There are other djinn such as those who reside in pearls in their oyster beds and learn from octopuses or in amber which oozes from sap and learn from trees and trapped insects. When the gems are discovered and mined, however, they become aware of humans. When the traders sell their goods to humans, the djinn enslave the humans they call bearers, and take on the role of teacher, parent, and master. Humans prefer the word "enthrall" to explain their attraction to gems.

Single djinni protect their bearers by a force that is undefinable in the language of The Encyclopedia of Minor Deities. They constantly take the moral temperature of their bearers, and punish the evildoer, subtly changing the course or pathway of the misled, and sending the good on the right road. Djinn love to have their stones polished and newly faceted at regular intervals, and they reward their bearers for such practices by shining brightly, allowing them to attract others. The bearers are largely unaware of the changes in their lives, convinced the path they lead is controlled by personal righteousness with respect to their primary gods.

But the power of the jewel djinn develops to its zenith when stones of different types are grouped together, whether loosely or in settings. The djinn of different gems speak different languages and have different origin stories and the djinn all love to learn new things, and being in close association brings out their best. They chatter or chant or sing or murmur among themselves, processing the knowledge they share of the natural and cultural world, and they use newfound information to better control their bearers.

If a bearer amasses a large collection of different gems, the new collective of djinn will learn from one another and then try different strategies to control their bearers in more interesting ways, to widen their own experiences. In attempts to gain new humans to examine and play with, the djinn may cause an adult to get grandiose ideas about running for political office or overrunning a new country, or becoming a writer. The djinn love intrigue, so an adult might be cozened into cheating on or murdering his or her spouse, and children to run off and take up odd behaviors or marry in odd patterns.

If the new methods are not undertaken cautiously, the djinn may temporarily lose their subtlety. The bearer may become aware of their machinations, not explicitly of course, but as an unease that unsettles the bearer or creates discomfort with his or her collection. The bearer may then attempt to dispose of the gems.

The djinn of jewel collections that are broken apart and sold to different collectors go on to subvert a new set of humans. If sold as a group, the gems may end up in a museum, where the djinn can amuse themselves by attracting museum-goers and encouraging them to their own collection strategies. Another outcome perpetrated by the hapless and harried bearer is to simply bury the collection in a "hoard," where the jewel djinn can speak to the topsoil and attempt to understand burrowing insects. In these cases, the djinn have been known to chorus loudly enough to be heard, become discovered, and go on to greater human manipulations.

Note: Entries in The Encyclopedia of Minor Deities are entirely fiction of the magical realism variety.