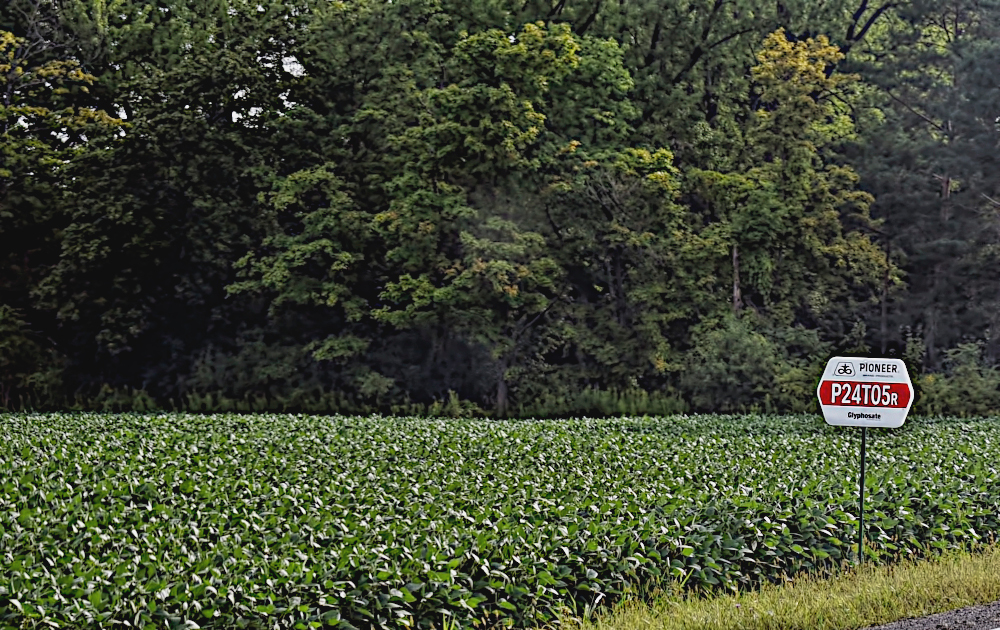 In the 1920s when I was growing up on the family farm in Kansas and for ten years after high school when I was actively engaged in farming, farmers produced their own seed. Wheat destined for seed was carefully cleaned of rye and other grains. It was also threshed through cleaned threshing machines. Corn was harvested by hand and seed ears selected out as we harvested the crop.

As new varieties were developed and the old Turkey Red wheat and open-pollinated corn discarded, grain was purchased from dealers. Hybrid corn was still grown in the area, detasseling was done by hand and rows that provided the pollen to hybridize were carefully planned.

All of that is changed. Genetically modified organisms (or GMOs), biotechnical traits and Roundup Ready (immune to the weed killer) seeds have been developed by scientists to place insecticides, disease resistance, and immunity to the herbicide Roundup in the planted seed. In 2002 74% of the soybean crop and 52% of the corn crop was GMO. The farmers I talked with plant both BT (biotech) corn and hybrid varieties. Soybeans are planted both as Roundup Ready and as non-GMO plants.

Here is a great help to producers. Traits that stop diseases and kill insects that do damage to the crop were built in. The genetic addition to corn and soybean seeds that makes the plant Roundup Ready is also a help. By making the corn and bean plants immune to Roundup (a killer of weeds by contact), weeds that use up water (already in short supply) and take growing space are prevented.

Not all of the corn and soybean crops that are planted have genetic and biotech additions in them. These are called Identity Preserved Seed. There is a market for such grains. Manufacturers both national and abroad pay premiums for them.

Shipments of non-GMO corn are shipped down river several times a month. Some local farmers and one of our elevators haul these grains to the river. Non-GMO soybeans are delivered to all of our elevators and taken to the river for shipment. These beans are edible varieties. They are shipped directly by barge to oceangoing freighters to Japan. There is a processing plant in Bloomington that accepts non-GMO beans that are processed and shipped to Japan. Extra care is required for such crops. The growers with whom I talked took such care as part of the job description of feeders of the world.

I hear some objections to the use of GMO grains. The claim is that the genetic alteration of grains may not be safe for human consumption. However, Gerald Kiely, Head of the European Commission's delegation for agriculture says, "Just like American food regulators, the EC's food scientists have come to the conclusion that all GMO's they have tested are safe both for human consumption as well as the environment." ("Heartland Farmers Hotline", Feb. 2003, p 23)

Dr. Norman Berlaug writes, "Genetic engineering of crops—plant breeding at the molecular level—is not some kind of witchcraft, but rather the progressive harnessing of the forces of nature to the benefit of feeding the human race." (Wall Street Journal, Jan 22, 2002).

I spoke to local farmer Dennis Aupperle, who pointed out that GMO corn uses a gene that is naturally in the soil to provide resistance to insects and control diseases. He asked me: which would you choose, a natural enemy of insects or airplanes flying over fields spraying pesticides? Given the drift that accompanies spraying, it seems to me that GMO corn and soybeans are a logical choice. There are savings both in time and money.

There are changes in the way seed crops have been improved. These changes include:
These are all for the purpose of growing food for our world.

All I can add to that is to say that the farming community and the people who work in associated industries have learned to manage what nature has provided that we may grow crops that fulfill the mission.
This article was written by George Hirst in 2003, part of his newspaper column called Sour Grapes and Saddle Sores. The image by Jo Zimny on this page is Attribution-NonCommercial-NoDerivs 2.0 Generic (CC BY-NC-ND 2.0)